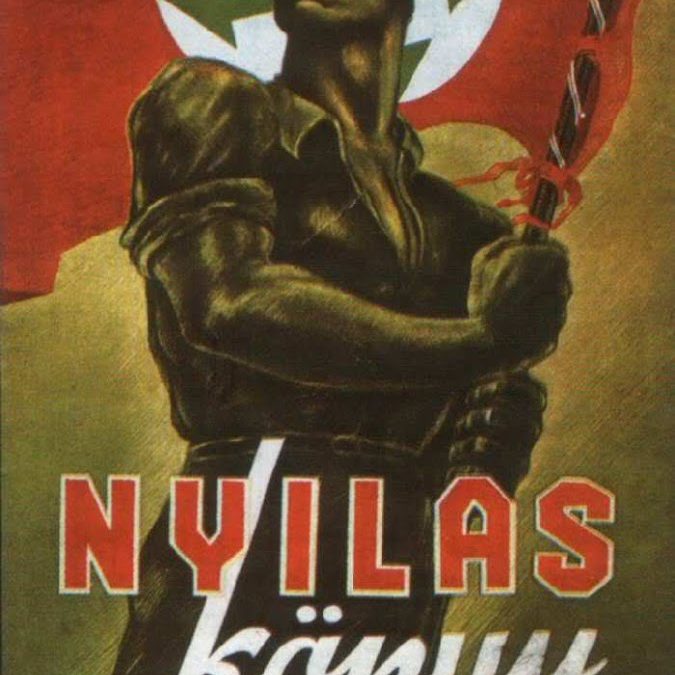 As frustrating and at times exacerbating as election campaigns can be, they are an intrinsic part of the freedom that is the core of our civilization. The right to take part in choosing your leader has not always been a right – through most of human history it was either non-existent or the “privilege” of certain powerful and wealthy classes of people.  On any given election day, my thoughts have turn to the House of Terror in Budapest, Hungary – a country that spent much of the 20th century without free elections.
Budapest, the capital city of Hungary, was once the proud co-capital of the Austro-Hungarian Empire, until the “age of empires” came to an end at the conclusion of First World War.  The new nation of Hungary emerged from the crumbling empire, but with many different groups vying for power, it lacked stability, and during the Second World War fell prey to the extreme nationalist ideology of the Arrow Cross Party.  The Arrow Cross believed in the “purity of the Hungarian race” and other such early 20thcentury eugenics nonsense, and mimicked the German Nazi party in their hatred and persecution of minorities, especially Jews.  In the short time they ruled Hungary, they oversaw the attempted annihilation of the Jewish population, transporting hundreds of thousands of Jews to concentration camps, even as the war turned against them and defeat became inevitable.
In October 1944, with the German troops on the run and the Arrow Cross thoroughly defeated, Hungary was liberated.
Liberated from one form of tyranny, replaced by another.  The Soviet army now controlled Budapest, and in the dividing up of Europe that occurred after the final defeat of the Nazis, Hungary found itself on the wrong side of the Iron Curtain.  Though an independent state in name, Hungary was essentially a satellite state of the USSR, and when stirrings of rebellion made their way back to Moscow in 1956, they sent in the tanks.  There are actually a large number of Hungarian-Canadians in the Fraser Valley (where I live) who immigrated to Canada in 1956 after escaping from the increasing tyranny.
How does a hated, unelected government maintain power over the citizens?  Indoctrination?  Yes.  But mostly terror.   Soldiers patrol the streets. “Traitors” are publically executed.  Neighbours just disappear.  During both the fascist and communist regimes, there was a building on AndrássyStreet in Budapest that people talked about in hushed tones.  It was the place where surveillance of citizens was carried out. It was the place where those who “disappeared” ended up.  Some were eventually released, broken after days or weeks of torture.  Some were never seen again.
The building is now a museum – The House of Terror.
When you walk into the museum, you come face to face with a Soviet tank surrounded by an enormous wall filled with mugshots of some of the victims of tyranny.  Their faces are a haunting reminder that these people are not just statistics – they were sons and daughters, mothers and fathers, brothers and sisters.  And they had one thing in common – a desire for freedom.
In 1989, the collective desire for freedom outweighed the will of the tyrants to control the people.  With communism collapsing all over Eastern Europe, the people of Hungary demanded and got their first free parliamentary elections in May 1990.  And that building on AndrássyStreet lost its aura of terror.  But it didn’t lose its history, and so in 2002 it was opened to the public as the memorial and museum it is today.
Interested in visiting the museum?  OneLife Tours Best of the East includes a three day stop in Budapest with tours of the House of Terror and many other highlights of this beautiful city.  Go to our website OneLifeTours.ca for more information.