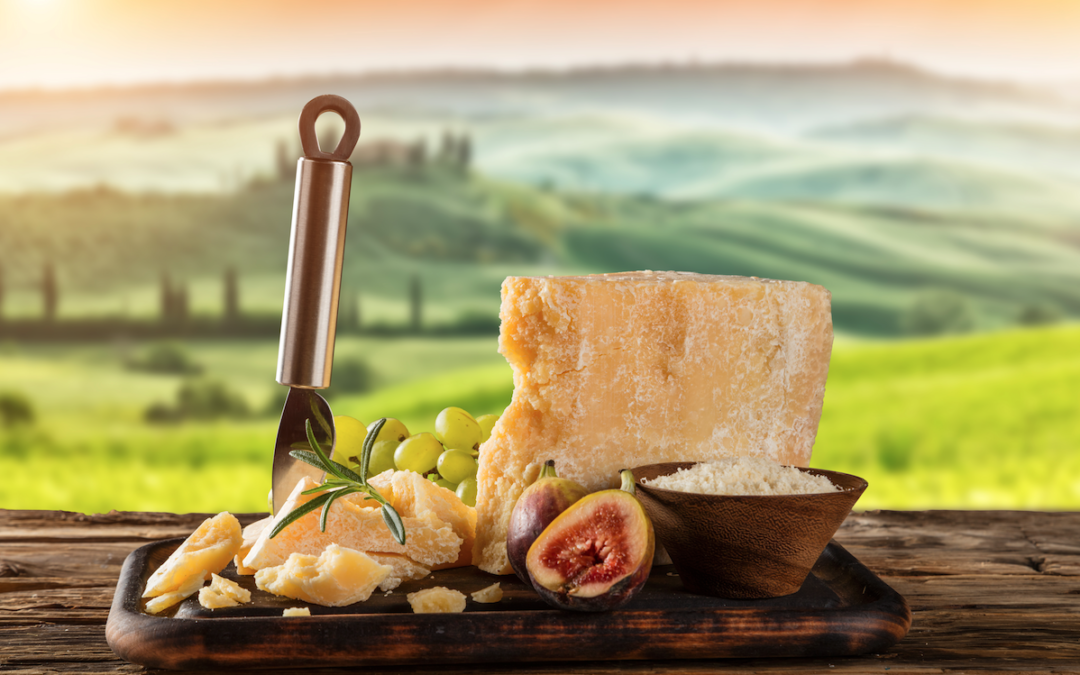 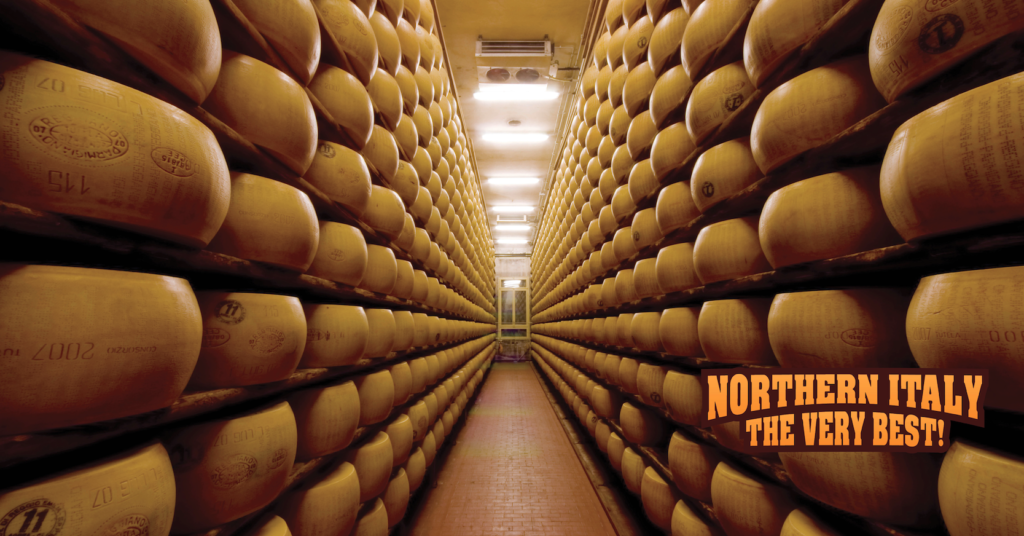 The only real “Parmesan” cheese is made in the region of Parma in Italy.  It’s a protected local agricultural product and all elements of its production must meet the strict standards of the Consorzio Del Formaggio Parmigiano Reggiano.  They are actually currently fighting Kraft in court over the use of the word Parmesan to describe the powdered “cheese product” that they market outside of Italy –   Matured for 12 to 45 months, this special cheese is known for its excellent flavour and multitude of culinary uses. It has a history going back more than a thousand years! In the Middle Ages Benedictine and Cistercian monks, committed to finding a cheese that could last long, were the first producers: using the salt from the Salsomaggiore salt mines and the milk of the cows bred in the monastic farms, the monks obtained a dry paste cheese in large wheels suitable for long preservation.  During the first period of European tourism, when English nobles were travelling through Italy on their “Grand Tours”, one of the first stops in Italy would be in Parma to purchase one of these large wheels of cheese.  One such Englishman, Samuel Pepys, brought back what remained of his large wheel of Parmigiano cheese to London after his travels, and famously buried it, along with some special bottles of wine, when his house was threatened by the Great Fire of London in 1666.  He couldn’t carry it, but he couldn’t stand that thought of it burning up either.  That’s how good it is! 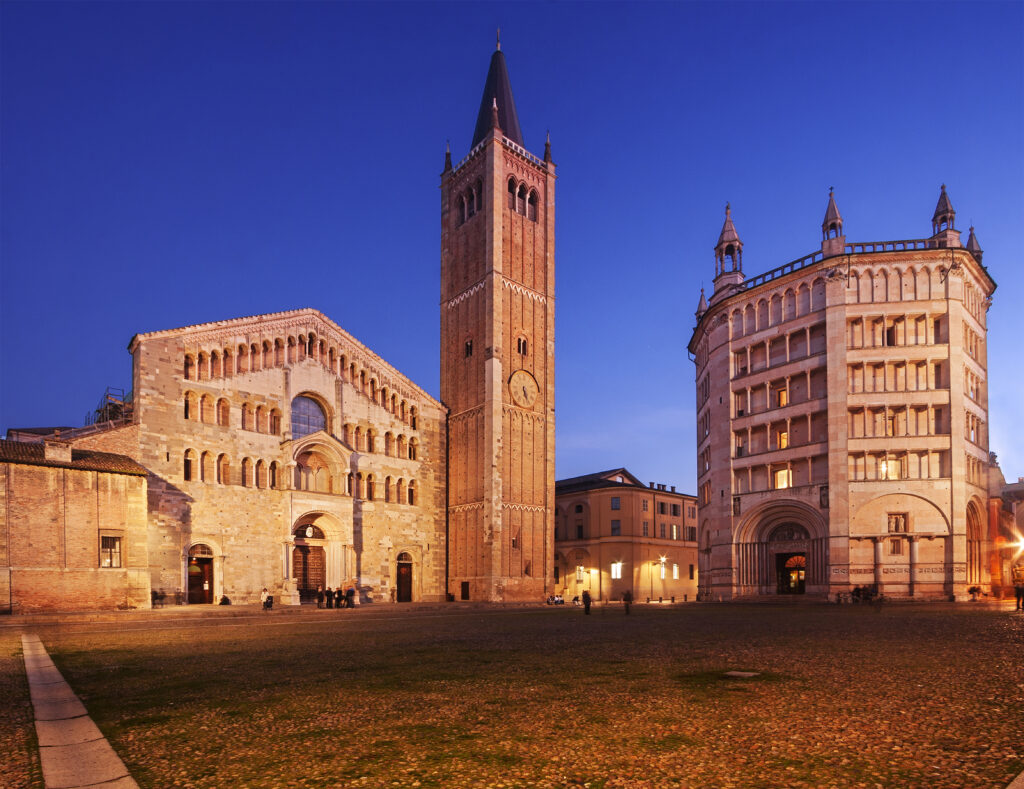 On our Very Best of Northern Italy Tour we visit one of the finest cheese markets in Parma and sample this fantastic cheese right from the source.  WIth some special wine and beer and other local delicacies, it’s a picnic you won’t forget!  The whole city of Parma is a foodie’s delight, and we also explore its often-overlooked architectural and historical sites as well.